Due to Covid-19, the 2022 Twelfth Night Charity Concert has been canceled.  However, you may still give to the charities that it supports.  Click to read the letter below about Twelfth Night and how to give.

Each year in the fall in late September or early October on a Saturday starting at 4pm and finishing up at around 7pm, St. Mark's Episcopal Church holds its annual Spaghetti Dinner.  Proceeds from the dinner go to benefit area charities.

Dinners usually cost around $10 for adults and children ages 12 and over.  Dinners are also available for take out. 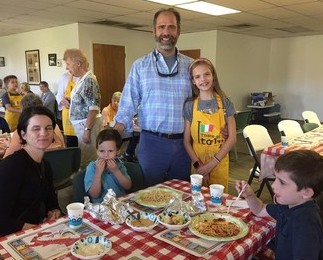